1. Glasses denote a nerd/genius.
This is such a lazy trope that's been around forever and it needs to be purged to the lowest levels of hell and tortured for a millennia. I have a particular bias with this one because I have a daughter who wore glasses from a very young age, and when she first got them, she was so proud and excited.

...And then she watched television and became bombarded with the socially awkward, nerdy stereotype that cartoons and tween live-action shows perpetrate about kids who wear glasses. If these shows were to be believed, then glasses and broccoli are the worst two things that you could ever inflict on a child. 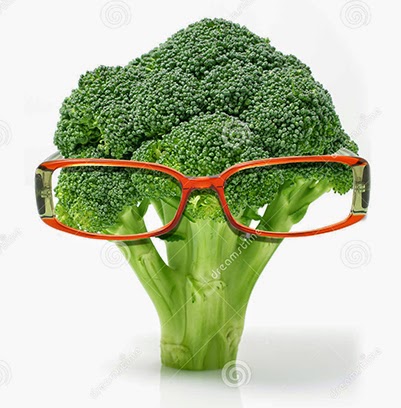 BURN IT WITH FIRE!!

I almost thought we were done with this lazy trope until I saw the designs for the latest Teenage Mutant Ninja Turtles movie. Donatello, the brains of the group now has glasses...glasses that are taped together in the middle just like every 80's nerd stereotype to set foot on "Saved By The Bell"s soundstage. But I suppose they must be right. I mean, look at all of these other brainy characters from television and film: 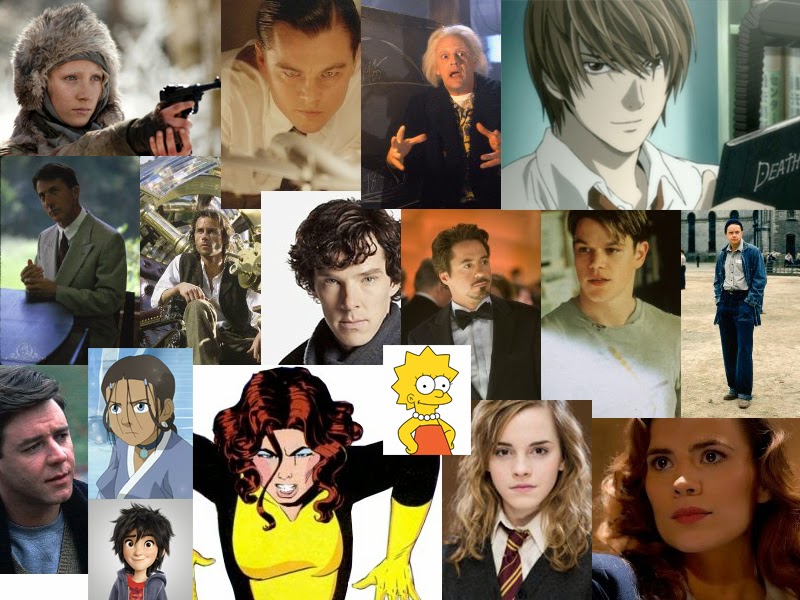 This is not to say that glasses should be abolished from characters...just that they should be used the same way as we use haircolour in designs. It's just something that's there. Jocks can have glasses, the pretty girl/boy can have glasses, and the brainy character can still glasses. But the character needs to be more than just the glasses.

2. Multi-ethnic BFF's.
This one is a delicate balancing act. You want to include everyone in your show but how do you do it without being obvious? Well, instead of the usual line-up of Leader/Star played by Joe Whitey, BFF/Comic relief played by Leroy Tokenblack, Athletic Go-Getter played by Tina Blondielocks, Brainy/Social Pariah played by Yuko Chopsticks and Fat Kid played by Jose Tacos, how about mixing things up?

Multi-ethnic social groups DO actually exist, but are rarely so cut and dried as this. How about trying one white kid and he/she is not the central character? Marketing 'genius's will tell you that boys (and there's your demographic if it's animation because apparently girls only watch live-action tween shows like iCarly.....yeah, tell that to my daughter as she's watching Teen Titans) won't watch anything with a female lead, and if you're stuck behind the bullet, then take a page from Big Hero Six and cast your lead as a minority. How about a Latino lead and a latino fat kid? Why not? Two fat kids, and they aren't clumsy or socially awkward? Be a trailblazer! Brainy black female AND an athletic black female?? You rebel you! Obviously, you can't get completely away from the tropes if your production NEEDS multi-ethnicity, but just take the time to look outside at how kids really interact. The world won't end if you put two minorities of the same sex together in a group. 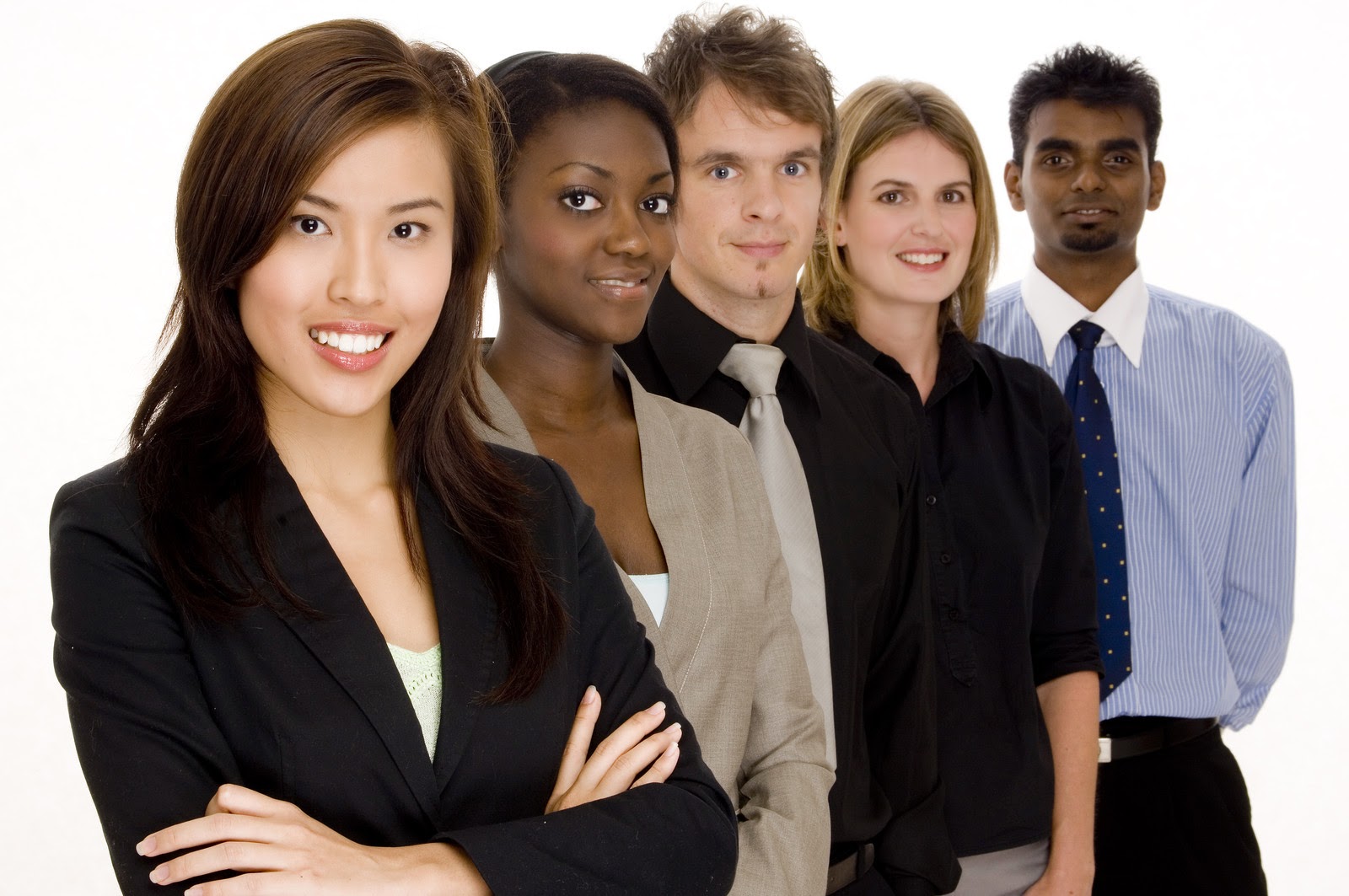 Pictured above: The cast of every children's show ever

3. Kid Sidekick
"We needs ta put a kid in there, so dey gots someone to relates to, see?" When I was a kid, and we'd be playing superheroes on the playground, the first character to be picked would be Superman, then Batman, then Spider-man, then the Hulk, and so on. You know who never got picked? Robin. It was the same when we played Star Wars...you wanted to be Han Solo. Now, mind you, this was before we saw Return of the Jedi and Luke became a badass with a Lego man's haircut.

Didn't even need to make a new mould

But part of being a kid is wanting to be older! You keep looking forward to that next milestone...at 13 you're a teenager...then comes sweet 16...at 17 you can drive...at 19 you can drink...at 21 you can drink your US neighbours under the table. The point is, kids look up to adults. We represent the strength, courage and freedom that they aspire to one day have as well. Robin was always just some other jerk kid who was standing in the way of us taking our rightful place as Batman's best friend. 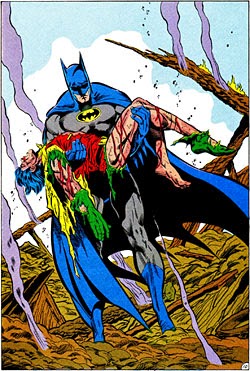 I realize that the media has made adult males Public Enemy #1 when it comes to interaction with children, but we don't need to carry this stereotype over into fiction and fantasy. This is the place where heroes exist, and we can set an example for children with characters who will never be arrested for DUI's and spousal abuse. Our heroes that we create will always save the day using wits, courage, cunning, and good morals and the kids will be better off for them.

So in summary...we, as production designers for children's television and film are blessed with jobs that allow us to sculpt the imaginations of a new generation of kids, and to do so, we need to remember what it was like to be kids ourselves. Remember what inspired us to grow up (or not grow up) to do this job, and lets all stop making lazy decisions with our designs that most likely came from focus groups and businessmen. We're all better than this.

Posted by Dominic Marco at 3:24 PM